Police on Thursday said they would seek a warrant to arrest the editor of a news site that published accounts of an alleged sexual assault on the tourist island of Koh Tao.

The editor of the Samui Times, Suzanne Buchanan, will be charged under cybercrime laws for defaming the island’s reputation, according to Tourist Police deputy commander Maj. Gen. Surachet Hakpan, who also said police have concluded the reported assault of a British woman did not take place.

“I’d like to insist that we will never protect any crime or negligent official,” Surachet said. “But in our work today, we have only one goal: to seek the truth in order to defend Thailand’s reputation.”

Buchanan maintained her news agency investigated and reported the claim with due diligence.

“We have not heard from the police in Thailand with regards to any arrest warrants,” The editor wrote in an email. “The Samui Times was approached by the girl’s family, investigated her claims and reported accordingly as is the job of a news publication. As this is not fake news we find the allegations unfathomable.”

“But in our work today, we have only one goal: to seek the truth in order to defend Thailand’s reputation.” – Haven’t I always said it’s all about “saving face” in this country? #Thailand https://t.co/s14pokDrgR

Pimpa Panlao, 31, is struggling to pay off an 80,000-baht bank loan and spends a third of her income from selling women’s accessories at a Bangkok market to repay the loan.

“Business is bad and it’s very tough when you have debt,” Ms Pimpa told Reuters, who used part of the loan to finance her business. She is not alone.

With a debt mountain of 12.17 trillion baht at the end of March, the equivalent of 77.6% of gross domestic product, Thai households are among the biggest borrowers in Asia and they are finding it increasingly difficult to keep up with payments.

In addition, their debt pain could increase because the central bank has signalled it is likely to follow other central banks around the world and raise interest rates from near-record lows.

Non-performing mortgages, defined as those that have not been serviced in more than three months, were 3.39% of total home loans at the end of the second quarter, the highest level since the end of the global financial crisis in 2009.

Auto loans that have been delinquent for one to three months rose to 7.25% at the end of June, the highest since September last year, and compared with 6.97% at the end of March.

Private consumption is a critical element driving the Thai economy, accounting for half of its $490 billion GDP.

Consumers continued to borrow at a robust pace in the second quarter, when overall consumer debt rose 8% from a year earlier. That included a 6.2% rise in mortgage loans and a 12.4% jump in car loans.

But the risk is that an increasing debt burden will drag on Southeast Asia’s second-largest economy.

Human rights activist Pornpen Khongkachonkiet said 36 of 181 ethnic Montagnards have been charged with illegal entry at Nonthaburi Provincial Court and ordered to pay 5,000-baht fines. She said 22 are women – some with toddlers of 8 months – who would have their children taken away if they couldn’t pay the fine.

Ratsada Manooratsada, vice president of Human Rights Lawyers Association, said it took some time before the Montagnards – who are routinely persecuted in Vietnam – were provided an interpreter. The association sent two of its lawyers to defend the minority group.

Ratsada said on Thursday that some of the Montagnards carried UNHCR cards identifying themselves as “people of concern” who should be treated as asylum seekers, not criminals.

Thailand’s Prime Minister Prayuth Chan-ocha recently announced the junta will relax some restrictions on political parties ahead of the country’s elections set for early next year, but the government will still not allow campaigning.

According to the Associated Press, Prayuth said once the restrictions have been lifted, political parties can hold meetings, amend their regulations, and appoint managers and register new members ahead of the polls expected to be held in February.

However, Prayuth did not mention when the restrictions would be eased but said it is expected to be made “soon” with an executive order.

“I haven’t decided anything yet today because there are still many months ahead,” Prayuth was quoted as saying. 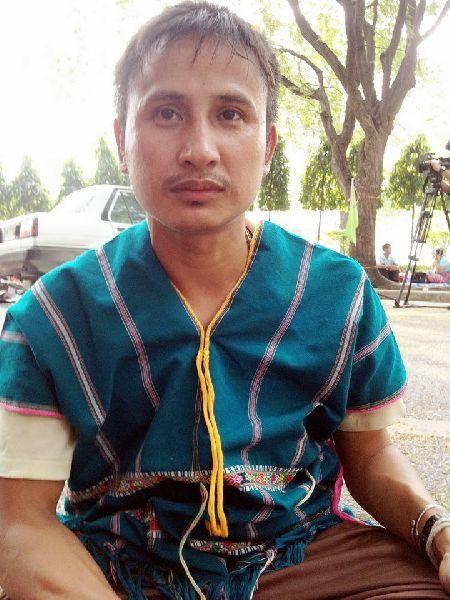 Today, August 30, is the International Day of the Victims of Enforced Disappearances.

Despite the Thai government’s countless promises, enforced disappearance – the heinous practice by which government officials take someone into custody but deny doing so – is still not a crime in Thailand.

Those who were disappeared, as well as their families, have yet to see justice.

Since 1980, the UN Working Group on Enforced or Involuntary Disappearances has recorded 82 cases of enforced disappearance in Thailand, including prominent Muslim lawyer Somchai Neelapaijit in March 2004 and ethnic Karen activist Porlajee “Billy” Rakchongcharoen in April 2014. The actual number could be higher, as some families of victims and witnesses remain silent, fearing reprisals if they speak.

The Pheu Thai Party, the political party who won elections under Thaksin, then Yingluck Shinawatra, will abolish compulsory military conscription if it is returned to power after the next election.

The former ruling party also says it will sell the Navy’s submarines and use the money to fund the construction of hospitals, the source added. The party came up with the ideas after many of its members met former prime minister Thaksin Shinawatra overseas.

Thaksin, still referred to as “Big Boss”, is widely viewed as Pheu Thai’s patriarch even though he holds no executive position in the party. The former PM has lived overseas in self-imposed exile after fleeing the country in 2008, shortly before the Supreme Court’s Criminal Division for Political Office Holders sentenced him to two years in jail for abuse of power while in office.

Abolishing military draft and selling submarines to fund new hospitals would be part of Pheu Thai’s key policy platforms for the next election, expected to be held next February, the source said. The source added that since the country is not at war, there should be no need for drafting many people to the military. Compulsory conscription should be replaced by voluntary military service, the source added.

Pheu Thai also believes the country needs hospitals more than submarines, the source added. After the 2014 military-led coup, the junta approved the purchase of three submarines worth 13.5 billion baht from China.

While meeting party members overseas recently, Thaksin reportedly expressed confidence that his party would gain a majority in the House of Representatives, winning as many as 260 of the 500 seats up for grabs, the source said. Thaksin was apparently citing the results of recent public opinion surveys that put Pheu Thai ahead of other parties.

Thaksin has also reportedly said that delaying the election any further would worsen the situation for the junta and work in favour of Pheu Thai, the source said.

“It will be easy for Pheu Thai to get votes. Today, people at the grassroots level are suffering from economic problems,” the source pointed out.

Thaksin has also reportedly suggested that the party’s former MPs visit their electorates frequently to hear the problems of local residents, so party policy platforms can be planned accordingly.

Update 5pm: Not today! Deputy junta leader Gen. Prawit Wongsuwan on Tuesday afternoon said it will take a few days to reach agreement, but it will go into immediate effect.

BANGKOK — The National Council for Peace and Order is meeting Tuesday to consider a partial lifting of political restrictions that have been in place over four years.

With elections possibly just six months away, Deputy Prime Minister Wissanu Krea-ngam on Monday detailed six points that could be eased, most of which involve organizing of political parties but did not include allowing any campaigning.

The possible elements include permitting political parties to hold congresses to recruit members, permitting politicians to discuss the designation of electoral constituencies; holding primary votes to choose candidates; forming a committee to select MP candidates; contacting and coordinating with party members; and selecting party leader and executive board members.

Speaking this morning, deputy junta leader Gen. Thanasak Patimaprakorn said an announcement would be made later today and may include more than six areas. He said it come into effect as soon as next week and would be affected through the use of Prayuth’s absolute power under Article 44.

Elections officials have said a vote must be held under present law by May 2019. Feb. 24 has been raised as a likely day to stage what would be the first election general in five years.

Zashnain Zainal
Create a free website or blog at WordPress.com.