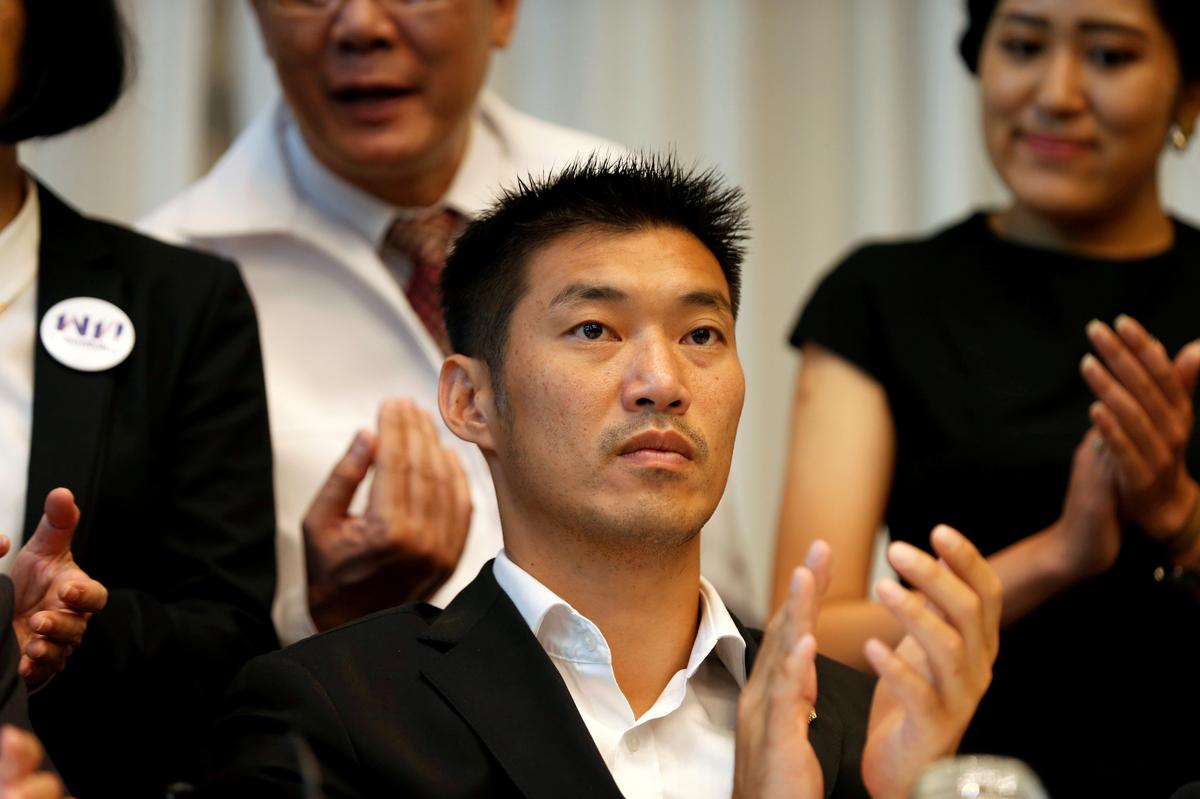 Thailand’s Election Commission on Tuesday accused a prominent anti-junta politician of breaching the election law, moving to disqualify him from parliament almost a month after the disputed March 24 election.

Rising political star Thanathorn Jungroongruangkit, 40, is accused of holding shares in a media company after registering his candidacy, which would violate the election law.

The outcome of the first national election since a 2014 military coup is still unclear. Final results due on May 9 will indicate whether a pro-army party has enough seats to allow junta leader Prayuth Chan-ocha to remain in power.

His party has joined an opposition “democratic front” with a party loyal to Thaksin Shinawatra, ousted as prime minister by the military, to try to block Prayuth, who led a 2014 coup against a pro-Thaksin government.

The Pheu Thai Party loyal to Thaksin won the most seats in parliament but not a majority. The pro-army Palang Pracharat party came second.

Thanathorn, the heir to an auto parts fortune, has brought a new element to Thai politics that have for 15 years been divided between the royalist-military establishment and the populist “red shirts” linked to Thaksin.

“The evidence has shown that Thanathorn is the owner or a shareholder of V-Luck Media company,” Sawang Boonmee, deputy secretary-general of the Election Commission, told reporters.

“This disqualifies him from having the right to become a candidate for member of parliament based on the constitution and the election law.”

Thanathorn has previously denied breaching electoral law, saying he sold his shares in the media company on Jan. 8, prior to registering as a candidate.

He has seven days to submit evidence to the Election Commission to refute the allegation.

If found guilty, Thanathorn would be banned from running for election for one year. He could also face criminal charges for contesting the election knowing he was ineligible, punishable by up to 10 years in prison and a ban from politics for 20 years.

Thanathorn, who was traveling back to Thailand from the Netherlands, posted on Facebook: “I was just told from Thailand to quickly return to prepare for an unexpected situation. See you in Thailand.”

Thanathorn faces two other criminal charges, one of sedition for allegedly aiding anti-junta protesters in 2015, and another for cybercrime for a speech he made on Facebook criticizing the junta last year.

In a separate legal proceeding, the Thai Supreme Court on Tuesday sentenced former premier Thaksin in absentia to three years in prison for conflict of interest by ordering a state-owned bank to lend money to Myanmar so it could buy products from Thaksin’s own business while he was in office.

Thaksin, who was overthrown by the military in 2006 and lives in self-imposed exile, has already been sentenced to two years in prison in a separate 2008 corruption conviction. He said the corruption cases were politically motivated.

An avid blogger, twitterer and photojournalist, Zashnain Zainal suffers from an incurable addiction to travelling and poetry. View all posts by Zashnain Zainal